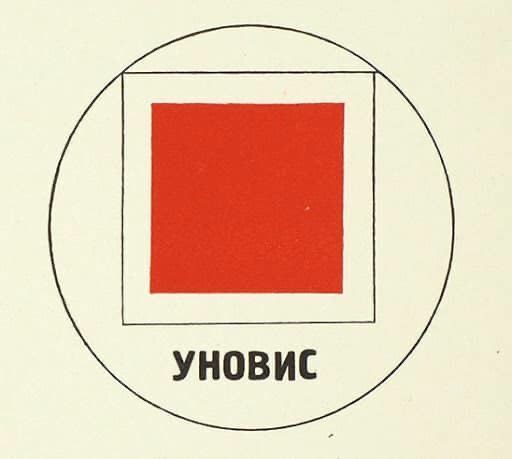 INTERNATIONAL SCIENTIFIC AND PRACTICAL CONFERENCE DEDICATED TO 100 YEARS OF UNOVIS

As part of the #UNOVIS100 project
More about the project

UNOVIS ("The Affirmers of the New Art") was a legendary art association founded by Kazimir Malevich together with the tutors and students of the Vitebsk People's Art School. UNOVIS became the center of the world avant-garde and the starting point for the innovative art forms of the XX and the XXI centuries.
[ about the project ]
A large-scale scientific and practical conference featuring the heirs of Malevich, Lissitzky and Khidekel - the renowned artists and members of UNOVIS, - and the leading experts in Russian avant-garde took place on February 12-13, 2020 in Vitebsk at the People's Art School History Museum where UNOVIS was born 100 years ago, and closed on February 14 at the National Art Museum of the Republic of Belarus in Minsk.
The conference included the SUPRESTORM-night performance, a ceremony of special cancellation of an envelope issued by the Belarusian Post Office for the 100th anniversary of the group, and the opening of David Yakerson exhibition.
MASS MEDIA
[ thanks for the support ]
SB Belarus today
read
«Almost all of this was created in those romantic times when 25-year-old David Yakerson from Vitebsk was studying at VKHUTEMAS in Moscow, and giving all of his passion to his work in his hometown».

CULTURE, social enlightenment journal
read
«Today we are proud that the city upon Dvina has become a cradle of art that is still having a great influence on our reality. On a global scale. But there were times when the artists recognized and respected abroad were only known to a narrow circle of art historians in their homeland».

The Art Newspaper Russia
read
«Rare scientific conference grows into a city celebration and ends with fireworks. This is exactly what happened in Vitebsk».

«They were the great fantasts. One can compare them to Tsiolkovsky. Those were people of the "flight". Malevich wrote: "We would leave the Earth fretted by shipworms and rise to the stratosphere and the cosmos". That was their idea».

Vitebsk city portal
read
«A special stamp that was used to cancel marked artistic envelopes contains the well-known symbol of the union - a black square with a note "100 years of UNOVIS art group" 14.02.2020". Now such a memorable stamp can only be found in philatelists' collections».
VIDEO
[ to watch ]